The Green Party of England and Wales has published its list of candidates for a variety of official positions, including Leader and Deputy Leader. When current co-leader Caroline Lucas announced she would not be standing for re-election*, two names quickly emerged as front runners, seeking to continue the existing co-leadership model: current co-leader Jonathan Bartley and London Assembly member Siân Berry. Both are mandate holders in London; as well as being an AM, Berry is also the sole Green Councillor in Camden. Bartley is one of the Green Councillors just recently elected in Lambeth — an incredibly important achievement not only for the Greens but also for democratic accountability, as it has broken Labour’s total domination of that borough’s Council. Popular, dedicated and competent, both candidates are an obvious choice to lead the party, and few would doubt even for a moment that they’d do a great job.

Writing in the Guardian, Lucas explained her decision not to seek re-election. She hoped she was continuing to ‘show the kind of leadership that’s about doing what’s best for the party by creating space now for more voices to be heard’. This is one of the many reasons why I have such respect for Lucas. And it’s also one of the reasons I hope there will be a real, credible challenge for the party’s new leadership.

If the two frontrunners become co-leaders, there will be a concentration of influence within the party. For me, this runs counter to the aim of creating space for more voices — rather, there would be the already familiar voices, heard more often. The Bartley-Berry campaign website sets out plans for mentoring and regional training designed to develop future leaders. But while it’s encouraging to see the candidates committing themselves to bringing forward new talent for the future, perhaps it’s time to think about ways of building a more ‘leaderful’ party — and much sooner. And the leadership election is a good place to start.

One way of doing this is to choose a leader (or at least one co-leader) who is not an elected mandate holder. This is a big debate and of course the suitability of any candidate also depends on their personal qualities, as well as their vision for the party. But here I want to suggest two reasons for seriously considering a separation of mandate and party office.

First, a separation challenges us to look beyond formal institutions and broaden the pool of potential leaders. Transformative Organising, for instance, understands ‘leadership’ in a very broad sense to include, for example, activities such as chairing a meeting, co-ordinating a protest event or raising awareness of an issue in local or social media. People who take on these and myriad other responsibilities are leaders because they are actively growing their organisation and contributing to its success. The Green Party has a wealth of such leaders (many of them outside London too…), as well as non-mandate holders with experience of party office. It would be great to see them step into that space created by the outgoing leadership, as well as into other prominent roles. And besides, it’s essential to prevent valuable and hard-won electoral mandates becoming a fast track to career politics. Which ties in with the next point.

Second, the Greens are a political party, but a party isn’t just an electoral organisation. It needs to be a voice that speaks from within (not on behalf of) communities and social movements, alongside functioning as their democratic arm in various legislatures. 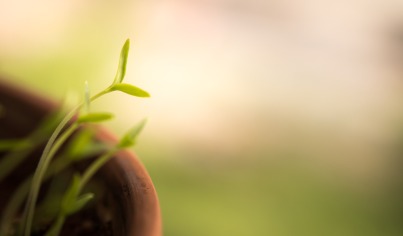 In short, the party should be firmly rooted in society. And, after all, this is where support is grown — on the streets, at protests, at gatherings. It’s also where leaders emerge and develop. On the one hand, a party (co-)leader based outside democratic institutions  allows elected Greens to concentrate on strengthening the party’s voice and policy impact in the respective legislatures and communities. And on the other, it allows the party leadership to concentrate on the political, strategic and organisational well-being of the party as a whole — not only as a party in, or aspiring to, office, but as a party on the ground (a key strength of Natalie Bennett’s leadership, as well as of Bartley’s co-leadership with Lucas). Separation of office and mandate can therefore help safeguard against the party becoming too electorally focused and anchored in institutions of the state.

A more leaderful Green Party with broader distribution of roles and responsibilities, and political work that balances electoral and community-based activities, could encourage new leaders from all areas of the organisation. And it would also send a strong message to potential supporters: yes, elected Greens will speak up tirelessly for environmental and social justice from within town halls, assemblies and parliament. But Greens will also be with you outside those institutions, working with you in the community.

*the Green Party membership elects its leader(s) every two years.