So here we are with just a few days left until the General Election. From the word go, I focussed on a handful of core issues — climate emergency, the NHS, austerity and education and was almost sure I’d vote Labour. But another priority issue in this election has been a real stumbling block  — Brexit. This blog explains how I eventually made up my mind who — and what — to vote for.

Labour have often appeared exasperatingly vague on Brexit. Would they support the so-called ‘people’s vote?’ Were they holding out for a ‘Lexit’? Did they even know? Now, during this election campaign, the party has spelled out its position: (1) negotiate a new deal with the EU and (2) present that deal together with an option to remain to voters in a new referendum, during which (3) Prime Minister Corbyn would remain neutral.

My initial reaction to the policy announcement was to sigh with frustration. More fence-sitting. Another campaign. No leadership. But on closer reflection I think it’s the right way forward. Taking each of the three policy points in turn, here’s why.

Labour want to reach a new agreement with the EU. For many people, this means yet more delay and more uncertainty — we need to ‘get Brexit done’. I agree up to a point, in as much as there has to be some sort of conclusion to the chaos that was set in motion in 2016. But, unlike the hard Brexiters, I don’t agree that we should settle for any old thing and just leave. The government has to secure the best possible deal for the UK, and I  could place greater trust in, for example, Keir Starmer (shadow Brexit secretary in the outgoing parliament) than any Tory to achieve that outcome. But there should be more to it. In this election campaign, Corbyn has emphasised how much he listens to people in various communities, up and down the country. So I think any negotiations should also take into account people’s views and ideas. One way forward is to hold citizen assemblies. Labour’s timetable doesn’t leave much space for this deliberative process but it could be an important means of informing both the public and government, as well as a way to bring people together.

Is a referendum the best means of deciding the future of the UK’s future relationship with the EU? We’ve already seen that it isn’t. But what is the alternative? The LibDems have plainly stated their intention to revoke article 50 and remain in the EU. Deep down, there are probably lots of remainers (me included) who would welcome that. But while simply cancelling Brexit seems common sense, it wouldn’t do anything to overcome the discord already caused by the 2016 referendum and the subsequent chaos. After that vote, the 48% rightly said they shouldn’t be ignored. So turning the tables and ignoring the 52% won’t heal any divisions — it would entrench the resentment even further. In short, this is an example of the ends not justifying the means. Green Party policy is to hold a ‘people’s vote’ and respect the outcome, which means there’s a good deal of common ground with Labour’s plans. Just please stop calling it a ‘people’s’ vote.

This is the tricky one. In 2016 Corbyn was attacked for appearing ambivalent on Brexit. And his policy of remaining neutral in a new referendum campaign does little to quell such criticisms. But on reflection I think it’s a smart move. Cameron painted himself into an inescapable corner as Tory leader and Prime Minister. Having campaigned for remain, he destroyed his authority within his party and his credibility to deliver Brexit. His resignation triggered two leadership contests that have left the Tories in power(!) and heaped damage on the country. We can’t afford a repeat performance under Labour. So by not nailing his colours to one particular option, Prime Minister Corbyn would have the authority to deliver either the negotiated deal or revoke Brexit. 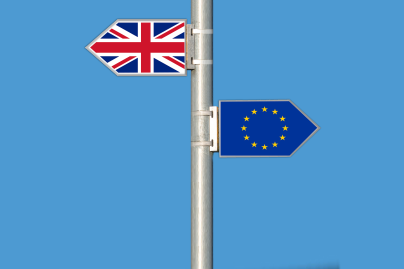 Labour’s policy will mean some pro-remain Labour MPs and activists campaign against their own party’s Brexit deal. Which might seem odd, but of course it’s not entirely without precedent. Although no deal had been proposed in 2016, parties had an official leave or remain position. And yet during the campaign most of those parties (including Greens) were still represented on both sides of the debate.

Despite my initial frustration, I’ve thought hard about Labour’s Brexit policy and feel it is a sensible way forward. Moreover, I think it could lay the foundations for an important healing process. Brexit doesn’t exist in a bubble — the 2016 referendum was born of power struggles within the Tory party, but its outcome was the product of social division. And so it’s one of the many reasons why, as a Green in a Tory/Labour marginal constituency, I’ll be voting Labour in this General Election.

Image by Elionas2 from Pixabay