This week I’m sending off my application for a proxy vote in the UK General Election. On election day I expect to be in Germany, which is gearing up for its own General Election in September. I’ll be voting Green — no surprises there. Sadly, I’m not eligible to vote in Germany’s election¹; but if I had a vote, the German Greens wouldn’t get it. And here’s why.

Despite being one of Europe’s most prominent and successful Green parties, the German Greens have been languishing at around 7 per cent in recent national polls (compared to 12-13 per cent just a year ago). The reasons are complex, but one problem is that despite its strength in core issues such as the environment and immigration/integration, the party tends to falter on social justice. Even though Social Democrat (SPD) candidate Martin Schultz’s initial popularity has dwindled over the last few weeks, the apparent rediscovery of social justice as an election issue hasn’t — yet. And so the German Greens, generally regarded as a party of the better off, find themselves squeezed by both the SPD and of course the Left Party (Die Linke), for whom social justice is a core policy area. (For me, the SPD-Greens’ draconian supply-side restructuring of welfare and the labour market left a bitter taste that’s hard to ignore.) But the problems go further than issue focus. 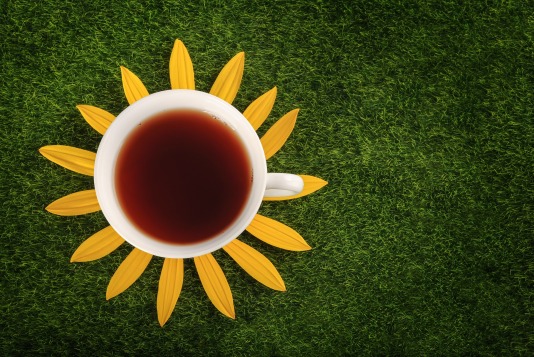 First, some of the party’s policies sit uneasily with Green principles, or at least my understanding of them. Take, for example, the Green-led coalition² (with the Christian Democrats, CDU) in my home state of Baden-Württemberg: the Green education minister plans to introduce tuition fees for non-EU students (by contrast, Greens in England and Wales are committed to free higher education). Secondly, certain policies are just too timid. For instance, the German Greens want tighter restrictions on weapons exports, but stop short of calling for a complete ban — a policy strongly advocated by the Left Party. But then again this is the party whose Foreign Minister committed Germany’s military to a combat role in the Balkans. Some people (me included) still find that a betrayal too far.

Of course, this might be explained as Realpolitik — after all, the German Greens have shouldered their fair share of regional and federal governmental responsibility. And that demands compromises. But here’s another, related, problem. There’s a great word in German — Koalitionsfähigkeit — meaning the capacity to work in a coalition. The German Greens are now able to cooperate with parties of the centre left and centre right. The SPD is no longer the only natural partner, and conservative Greens are fronting the current election campaign. According to a recent Taz article [German], the party’s conservative Baden-Württemberg branch typifies the Greens’ political trajectory: adaptable, sleek and firmly in the political middle ground. The article also reckons that in the event of federal coalition talks between the conservative CDU/CSU and Greens, it wouldn’t be the latter standing in the way of compromise — since the German Greens are ‘game for anything’.

And with this (in my opinion) pretty damning analysis in mind, let’s think about the Greens in the UK — especially in light of all the recent focus on progressive alliances.

The Greens have been encouraging Labour and LibDems to set aside party ‘tribalism’ by uniting behind one progressive candidate in a handful of marginal seats. So far, the respective leaderships’ response has been dismissive, despite a group of Labour figures’ call for their party to stand aside for Greens in two constituencies — a move they believe could be reciprocated in a number of marginal seats where a split left/progressive vote threatens to leave the way clear for the Tories.

There will be a Green candidate in my constituency. But let’s imagine the Greens had stood aside: would I vote for the ‘progressive’ candidate to unseat the Tory incumbent? Probably yes, given the circumstances, but it would still depend on the candidate. And not just their position on Brexit, either: where do they stand on private contracts in the NHS? On h homes? Fracking and air pollution? Trident? Not forgetting electoral reform, either. Would their party merrily throw its ‘progressive’ credentials overboard if the Tories needed a coalition partner? (Incidentally, some free advice to other ‘progressive’ parties: don’t get angry with Green voters³. Listen to why they believe their vote isn’t a wasted one.)

Progressive alliances should be approached with caution. A short-term risk is that parties are blamed for ‘helping in’ a disappointing MP; a longer-term risk is that people give up voting for a smaller party if, rather than stand up for a distinct set of policies, it merely endorses other parties’ candidates. Right now there is a strong case for selected progressive alliances; but not everywhere. And standing aside too readily and/or unilaterally (while other party leaders dig their heels in), minimises any leverage small parties might have over other ‘progressives’ in terms of policies or reciprocal alliances.

Of course, it’s good to find common ground and unite for the greater good. Particularly in difficult times. But for smaller parties especially, too much compromise, too much Koalitionsfähigkeit — whether in relation to formal coalitions or efforts to build electoral pacts — can risk obscuring policies, principles and even the purpose of a party itself. Look at the German Greens.

¹ Resident EU citizens can vote in municipal and European Parliament elections but not in state or federal elections.

²  Baden-Württemberg Ministerpräsident Kretschmann’s response to rainforest campaigners’ criticism of his attending the opening of a chainsaw manufacturer’s R&D facility: ‘Innovation and industry are as much a part of this region as nature’.

³  As the lovely Mr GreenLeftHand experienced in Barnet the other day.

2 thoughts on “on greens, alliances and compromises”