‘Enemies of the people’ and ‘The judges versus the people’. Headlines like these, in the Mail and Telegraph respectively, not only give a flavour of, but also create the outraged response to Thursday’s high court ruling that parliament alone has the authority to trigger article 50. This (rather hurriedly-written) blog lays out some of my personal thoughts and feelings on what’s been happening over the last couple of days. For the record, I voted Remain in the referendum, but it was a very reluctant and last-minute decision, more of which below.

Ahead of the referendum, the Leave campaign made a big deal — rightly so — about claiming back sovereignty from the EU. UK law was to be a matter for the UK parliament and UK courts. It was all about repatriating powers to parliament and, to be honest, I couldn’t agree more. But post-referendum, the new Prime Minister — who, let’s not forget, has never gone to the country — decided that article 50 would be implemented via royal prerogative, completely bypassing parliament. So much for restoring democracy and accountability, then.

Rather than accept the ruling in favour of parliament, Theresa May’s government intends to appeal the high court decision in December. Worryingly, as the press make vicious and inflammatory attacks on the judges who made Thursday’s ruling and casts them as conniving traitors,  Justice Minister Liz Truss has so far failed to speak up in defence of the rule of law. The PM now has to reckon with a bumpy road ahead, and not just because her already narrow majority could be reduced even further in two upcoming by-elections. The Welsh government, citing the Brexit process’s profound implications for parliamentary sovereignty and devolution, has stated it will side with the complainants (i.e. against the UK government) in the appeal process, and the Scottish government is expected to do the same. Which could have been avoided if parliament had been given a say from the very beginning. 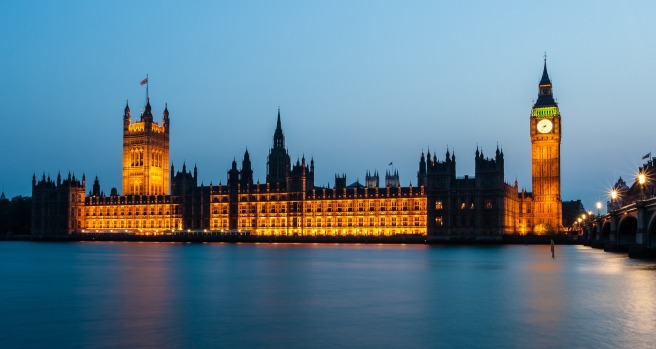 That brings us to the next point — that the people have ‘had their say’ in the referendum, and that all this business with parliament and the high court is a deliberate ploy to derail Brexit and defy the will of the people. Is it, though? Some weeks ago, I was watching Question Time (big mistake) and saw Green MP Caroline Lucas shouted down by audience and panellists alike. Why? Because she dared to call for a vote on the terms of Brexit. For this she was accused of disrespecting — and even misunderstanding — democracy. In response to the high court ruling, Lucas stated that she would vote against Brexit if the deal was not in the interest of her constituents, in other words the people that lend her the power to represent them in parliament. “I will look at what is being proposed in terms of access to the single market, freedom of movement, social and environmental protections. These are the things that people in Brighton Pavilion care about and have made strong representations to me about” (The Argus).

Should MPs like Caroline Lucas ‘respect the fifty-two per cent’ and rubber stamp Brexit? I don’t think so. And this isn’t about disrespect or blocking manoeuvres , it’s simply that we don’t know what Brexit is supposed to look like. Theresa May insists that you should never show your hand in negotiations. But really, does the government itself even have a Brexit strategy and a policy agenda beyond ‘Brexit means Brexit’? Wouldn’t it be wholly irresponsible for any MP to nod through article 50 without knowing what that means in concrete terms?

In addition, the ‘fifty-two per cent’ is not a homogenous group. Some voted Brexit in the (sadly naïve) belief that saved EU budget contributions would be spent on our NHS. Some wanted more immigration controls. Some voted as a defiant ‘f*** you’ to Cameron. I very nearly voted Brexit for two main reasons: first, because EU institutions are undemocratic to the core and, secondly, because the EU’s constitution is driven by capitalism through and through. Yes, we currently have a rotten right-wing government in the UK, but we can get rid of it, and overturn unpopular policies. The same doesn’t work in the EU (it’s designed that way), and democratic accountability will only be further decimated with CETA, TISA et al.. What suddenly changed my vote (although not my opinion of the EU) was the ugly rhetoric surrounding the Brexit debate — nasty, aggressive and dominated by immigration — and the recognition that a Tory government could not be trusted to safeguard environmental protections and workers’ rights post-Brexit.

So when right-wing, pro-Brexit MPs and the permanently outraged press shout about democracy, what do they mean, if not parliamentary sovereignty? When they protest ‘that’s not what the people voted for!’, who are they actually referring to? The fifty-two per cent has many faces. And it’s the job of the government to make Brexit work for everyone, including the forty-eight per cent, too.